Winner of the 2021 Neeme Järvi Prize, Swedish conductor Andreas Patrik Hansson currently holds the position of assistant conductor with the Luzerner Sinfonieorchester in Switzerland. Andreas is also establishing himself within the field of 19th-century performance practice, bringing a fresh historically informed approach to the romantic symphonic repertoire. He has a keen interest in contemporary performance and has premiered several contemporary works. Most recently the Jazz Concerto for Violin, Jazz trio and Chamber Orchestra by Gàbor Barta together with the Chamber orchestra of Lausanne. And in december 2020 he premiered and recorded the chamber orchestra version of Martijn Padding’s Unequal Parts with pianist Rutger Janssen as soloist. As an opera conductor Andreas makes his official debut this year with Die Zauberflöte together with Opera2Day on their tour spanning the entire Netherlands. He has previously worked as assistant conductor with both the Norwegian Radio Orchestra on Hänsel und Gretel and the Residentie Orkest on Die Fledermaus, and, in the spring of 2022, assisted a production of The Apocalypse together with Opera2Day and The Netherlands Bach Society. He was also chosen as a conducting fellow at Bergen National Opera’s festival Opera By The Fjord in the summer of 2021.

2022 saw many exciting projects. In April he made his debut with Philharmonie Südwestfalen to great reviews. The fall season also saw his debut, in October, and return, in November, with the Orchestre de Chambre de Lausanne. In November he was also chosen as the first assistant conductor of the Luzerner Sinfonieorchester, starting from January 2023. Additionally in November, he was reinvited for the third time for concerts with the Norwegian Army Band. In December 2022 he was invited to the coveted masterclass with maestro Riccardo Muti on Verdi’s Requiem.

Andreas also works extensively as conductor and artistic director of Polstjärnepriset Symphony Orchestra, consisting of Sweden’s top young talents, which each year collaborates with the Gothenburg Symphony Orchestra in Side-by-Side performances. Notable works they have performed together include Brahms’ Symphony no. 4, Stravinsky’s Le Sacre du Printemps, Holst’s Jupiter, from the Planets, and Dvorak Symphony no. 9. In addition to his conducting activities, Andreas enjoys both ensemble coaching and teaching conducting, which he does regularly at the Nordic Young Musicians Academy.

Before moving to the Netherlands, Andreas completed his bachelor in conducting at the Norwegian Academy of Music for professors Ole Kristian Ruud and Sigmund Thorp. During his time in Norway, he also won the prestige-filled Opptakt, Norway’s top initiative for young conductors, through which he worked with most major orchestras of the country, including Oslo Philharmonic Orchestra, and Trondheim Symphony Orchestra. Furthermore, Andreas has participated in a large range of masterclasses for such esteemed teachers as Riccardo Muti, Jaap van Zweden, Neeme and Paavo Järvi, Vasily Petrenko, Joshua Weilerstein, Martyn Brabbins, Antony Hermus, Johannes Schlaefli, Nicolás Pasquet, Christian Ehwald, and Mark Stringer. 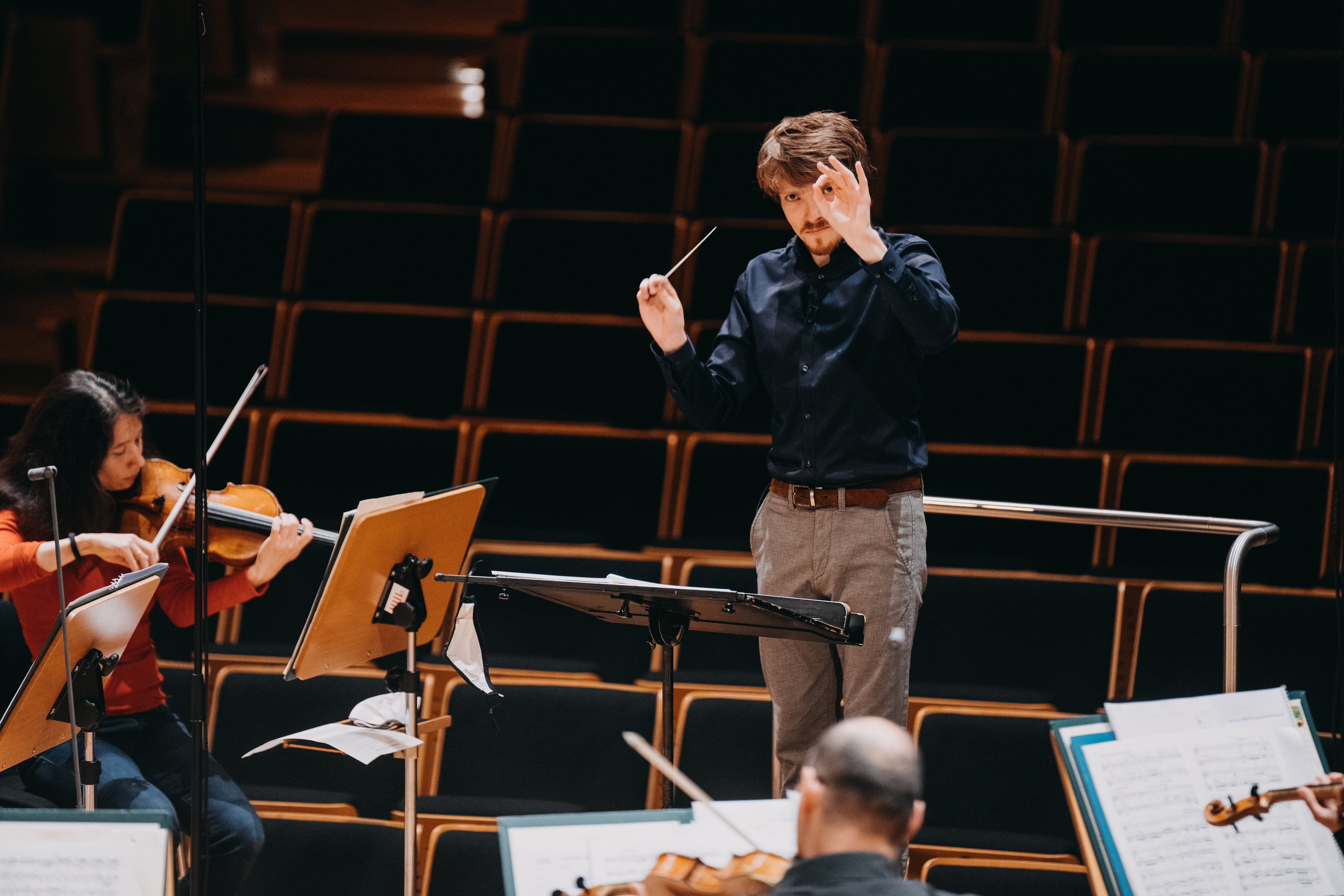 Andreas Patrik Hansson is the winner of the 2021 Neeme Järvi Prize. He is the current assistant conductor of the Luzerner Sinfonieorchester.